The Editors of BEJR would like to congratulate Florian Wettstein on having won Business Ethics Quarterly’s “Best Article” award for 2012. (The award was handed out this weekend at the Annual Meeting of the Society for Business Ethics.)

Abstract: This discussion reviews Florian Wettstein’s conclusion that multinational corporations should assume greater “positive” obligations to protect against and remedy violations of human rights. It thereafter suggests an alternative to his defense that remains open to his conclusion, but sketches a moral, rather than political, grounding of those obligations. [Full PDF here.] 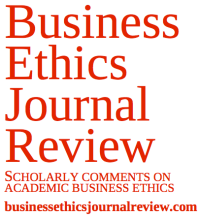